More Pics: Homeless in my Neighborhood 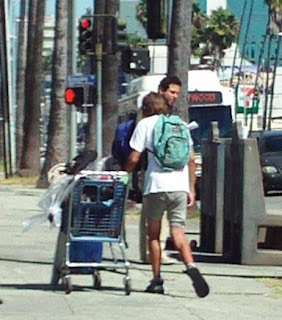 More of the People in my Neighborhood

I do not want to point my camera at their faces... 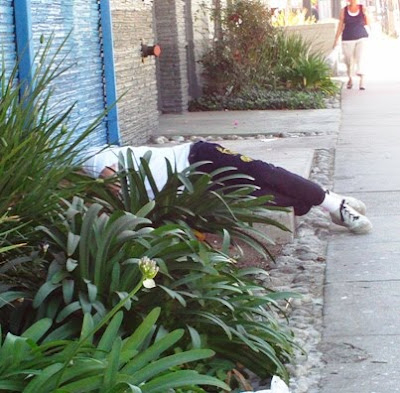 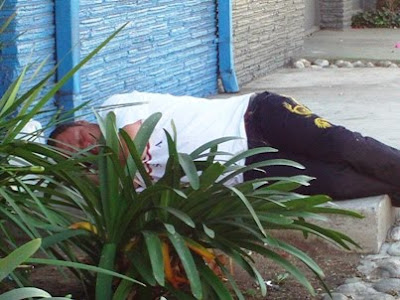 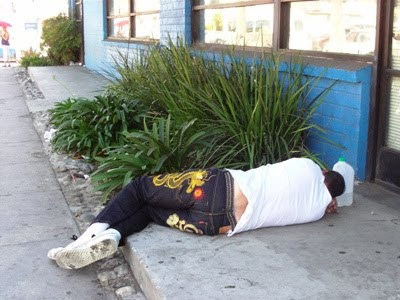 Posted by Kay Ebeling at 9:47 AM No comments: Links to this post

In L.A. they shit on the sidewalks, and I don't blame them

.
In L.A. there is a new trend, homeless people just pull down their pants and defecate in front of people, right in the middle of the sidewalk. I've seen it myself, and almost everyone I know in town has a story to tell of having seen it themselves, it's "what's happening" in L.A. today. We are watching mankind sink, a new lower breed of human is evolving, they live on the streets in L.A., adapting with insanity to the insane life that's been dealt them.

What else are they supposed to do when they have to move their bowels? We have a society with humans living without a human's most basic need, shelter. Yet developers continue to build luxury apartments. In L.A., they build "million dollar down payment condos" at the same addresses where people sleep on the ground outside. We don't even provide public restrooms for the homeless, so they can at least defecate in decency.

So in L.A. the homeless now shit on the sidewalk in front of all of us, and I don't blame them.

What does it say about this time, this culture, that we let conditions get this bad? I feel like I'm living in a futuristic sci fi movie, only it's real, all too real.

(This post started as a comment by Kay E at: Crimes Against Homeless Increasing, Compassion Not So Much at Change Dot Org Homelessness Blog.)

***********
One Million Children in U.S. Public Schools are Homeless
So, let's get rid of public schools, say extreme Republicans today...
Posted by Kay Ebeling at 5:09 PM No comments: Links to this post