Sexual dysfunction is a major damage pedophile priests leave on a child.  So these stories talk about sexual dysfunction, in my case what could be called nymphomania.  It makes some of these stories difficult to read, but it's my story, I didn't ask for it, it happened to me
Posted by Kay Ebeling at 9:46 AM No comments: Links to this post

Working Through the Whore Still in Me

.
Got triggered by this quote 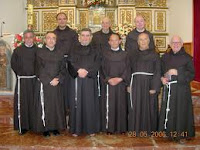 “It is important to keep in mind that children develop a sense and understanding of sexuality from authority figures,” (Franciscans of Santa Barbara Board of Inquiry Report 1993)

I went through life thinking I’d been touched in my privates as a child by an Angel under a tree.  So I grew up with a purpose in life, to share that excitement with every male I encountered who resembled the priest who molested me when I was five years old in the woods outside Bartlett, Illinois.

So please, all those flight controllers who wrote about me on the men’s room walls at NASA in Houston , and all the women everywhere who came gunning for me after I did what I did with their husbands, and all the boyfriends I left hurt and shocked when I seduced their buddies or brothers, I'm sorry.  I had impulses I could not control.  Hopefully this writing I am doing about pedophile priests will reach some of my victims and help them think less bad of me.

The way I lived, yes, I left behind a trail of victims.  I was a sexual predator from age six on.  In the early years the impulses confused me, so I got very fat, really fat.  Then when I reached puberty, I starved myself slim and the sexual compulsion kicked back in.  Soon I was bouncing on men’s laps just like when I was six years old.

I have 40 years of “My Life as a Slut” left behind as memories in my head to live with as a result.

My own memory in my own brain is a punishment.

So for now I'm going back to reading the report on St. Anthony’s, please God get me out of my own experience again.Working Through the Whore in Me

Franciscan Archive
... narrative history of abuse in Santa Barbara. We will also provide links ... at Retreat
Center on Board of Inquiry Report (11/21/93) ? concealing ...
www.bishop-accountability.org/franciscans/

(Reading through old notes, piecing things together, this post comes from a 2011 journal)

ke
Posted by Kay Ebeling at 8:08 AM No comments: Links to this post

My sister Patrisha is very much part of this whole story

.
Here is the Perfect Storm that led to all this: My daughter turned age five when I was clean and sober two years first and only time in my adult life. I’d look at her and start remembering what happened to me when I was age five, and that's how I ended up remembering being raped by Father Horne, which is textbook for recovered memory, though I did not know it at the time.

First published here at CofA 2 in a post November 2009:


'No wonder I've been so mean to you all your life. You took away my first lover.'


Posted by Kay Ebeling at 6:36 PM No comments: Links to this post

More of My Life as a Whore, thanks to being molested by a priest at age five

The first time I got a name for it was in 1995 at UC San Francisco, in the outpatient clinic.  The nurse practitioner who saw me there explained, “It's not unusual for women who lived promiscuous lives to have pubic pain when they get older.”  Seems an MD at a low income clinic in San Francisco would have the most medical experience with this phenomenon, pubic pain that plagues the lives of old whores.

Maybe that should be the new working title of the book:

Nobody Likes an Old Whore

In Real Life Nobody Likes a Whore

That's the real source of this frown on my face.  Not some temporary incident or situation in my life just the past few months.  It's the pattern of my entire existence starting at age seven when I got thrown out of Brownies for making a blatant sexual reference.

From age seven onward, I got thrown out of every place I went.

As I got older, it got worse.
.
Posted by Kay Ebeling at 12:23 PM No comments: Links to this post

Almost broke into tears watching The Boys of St. Vincent

The scene with the boys in the shower in The Boys of St. Vincent reveals how “Other Than” a child feels when they are sexualized before puberty.  Years later when other kids his age start discovering sex in a normal way, the molested child feels like someone from another planet.  The degree to which you are different from other kids, or people in general, really hits you in the face right then, when you realize all the other kids haven't been having orgasms since bouncing on Father Tom’s knee when they were five years old.

Then for the rest of your life, you realize how obtuse you are when you see how normal people have sex.   The boy in this movie first made that discovery in the shower at his nightmarish orphanage, where pedophile priests ran things.

As the scene played out on the DVD, I felt what the boy felt, even before they cut to a closeup of his face where he portrayed it.

I felt the terminal obliqueness.

And for that instant remembered feeling it also as a child, a flood of incidents

Posted by Kay Ebeling at 11:54 AM No comments: Links to this post

Lizzie got involved in pedophile priest issue at age five too

I was thinking about writing a book when I was pregnant with Lizzie, but as always, never wrote it.

On the cover would be me, pregnant at age 40, and the title, “He Told Me He’d Had A Vasectomy.” The art would be me, eight months along and bulbous, standing on a map of the United States, making plans to move somewhere, anywhere.

It seemed like perfect ingredients for a comedy, the line itself, “He told me he’d had a vasectomy,” said by a haggard, bony bloated bulging pregnant woman….

Five years later my daughter was already this complicated person.

Upon reaching age five, mother looked at her and started seeing herself when she was five, and then mom started remembering something strange that happened when she was five years old at the hands of a pervert Catholic priest back in 1953 that explained everything …

And this whole journey began.

God this is hard to write and explain.

Basically I went from being a whore to being … ordinary.

Now I see how you can share space with someone of the opposite sex without it being a sexual encounter.  That in itself is so liberating.

-ke
Posted by Kay Ebeling at 9:16 AM No comments: Links to this post

I was just a little past puberty, maybe late teens, talking with my sister about sex.  I said, “Don’t you just love it when a guy rubs you outside your pants?”  Trish got enraged, nervous, kept me from saying anything more, said quickly, “No and I don't know what you're talking about.”

Just one of those moments that never leaves my head.

Today I remember that Father Horne used to diddle me in a very personal way outside my underpants, over the fabric, and he probably did the same to my sister. When she turned nine-ten years old, she was too old for him, so he turned to me at age four-five to pick up where he left off with her.

Reconciliation / Recovered Memory
Posted by Kay Ebeling at 10:43 AM No comments: Links to this post

All my life I had a weird confusion of sexuality and religion.

.
Why did you leave the Yoga ashram, people always ask me, about the period I spent with Swami Satchidananda’s group in the early 1970s.

Well they got kind of extreme, I answer.  They took vows of…

Yeah well even more than chastity.  They called it Bramacharya.

After a visit from the Swami, the ashram began teaching a new kind of yoga where you have no sex at all.  They say energy you would expel in sex instead gets channeled into a kundalini meditation to die for.  So there they were, all the guys, all of a sudden wearing orange robes to show they'd taken Bramacharya vows.

People look at me and ask, “You took a vow of chastity?”

I was running the kitchen and I got knocked up.

By the guy who delivered the 50-pound sacks of brown rice.
.
Posted by Kay Ebeling at 10:10 AM No comments: Links to this post

Paranoia can be fun

Being in that situation last six years made me a little paranoid, I admit. When dealing with Catholic Church hierarchy and its protectors, some of what you think is happening may be paranoia, and some may really be happening, an environment that lends itself to great comedy as I play scenes out now in retrospect in my head. Hoping I can capture some of that lunacy in this thing I'm writing, but in the meantime, I am laughing an awful lot right now, so who cares about any of the rest of it. . . . babble babble babble

Posted by Kay Ebeling at 2:30 PM No comments: Links to this post