Molested by a priest, thrown out of a Brownie meeting

.
(Thanks to Father Horne-y I was a seven-year-old sexual predator.) 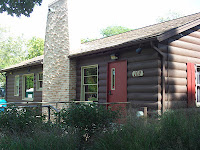 I got thrown out of a Brownie meeting when I was seven years old.

The year was 1954 so most people had not yet made the connection between a child acting out sexually and the likelihood that child has been sexually molested.  In the early 1950s  wisecracks about oral sex and sodomy by a seven-year-old evoked shock, then certainty that the child was inherently evil, born bad, and for the sake of the rest of the children the little pervert had to be removed.

At seven I was so innocent, likely just repeating what I learned in a blur of sessions in my young life that involved my parents, my sister, and a Roman Catholic priest in town.

With horror on her face, the Brownie leader jumped up, grabbed me from the table, where I sat with other little girls cutting with kid-scissors, and held me away from her as she whisked me out the door and slammed it shut, leaving me to wait outside on the porch for the special Thanksgiving Brownie meeting to end and my mother to come get me. 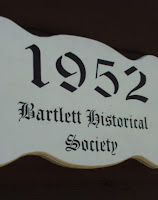 Recently I went to the park in the little town in Illinois where this all took place.  The building is known as “the log cabin,” built in 1952 according to the plaque outside the door, and it's still the town meeting place for Brownies and Girl Scouts, just four blocks from the Catholic church where Father Horne-y aroused me at age five, turning me into that preschool aged sexual predator in a Brownie meeting.

Somewhere in the two-lane roads and illicit activities of this small town outside Chicago in the 1950s, this little girl, me, had learned about inserting objects into genital areas.  Then I repeated what I learned thinking I’d make the other girls laugh, while doing a construction paper crafts project with future Girl Scouts.

Whatever I said must have been innocent and without malice.

I was only seven years old.

Still I was whisked away and shunned.  In fact the family moved to California to start a new life shortly after my incident with the Brownies.  I often wonder how much the whole affair with Father Horne-y and my mom, and rumors starting to spread around the town, tied in with my dad’s decision to move the family from Bartlett Illinois to Los Angeles in 1955.

Being thrown out of Brownies was a horrible experience for a child to have and it implanted in me a sense that there was something wrong with me, I was to be detested, the badness in me was innate and just part of me, so there was nothing I could do to change it.  To this day there is an oh-poor-me look in my eyes even when I'm happy.

Of course in 2012 or even in the 1990s, if a seven-year-old shows knowledge of perverse sex acts, alarms go off in the minds of every adult in hearing distance.  In 2012 we don't realize how different the world was before 1960 when Phil Donahue style TV shows and Freudian psychology started to have an impact on the population.

It was just not brought up.

So I went through childhood displaying blatant signs of having been a molested child, with no intervention.

These days I live not too far away from Bartlett where all this took place.  Molestation by a Catholic priest and apparent photographing of me and my sister in sexual situations when we were preschool aged, all took place in this snoozing small town about an hour outside Chicago.

I know about the criminal activity from comparing notes with my older sister, with whom I am totally estranged, because of the horrible effect these incidents as children had on our lives, the compulsions we shared, the humiliations we experienced together, in our twenties and thirties.  My sister and I got together again a few years back as mature adults, long enough to compare notes and realize what the priest did to both of us.

But too late to repair the damages.

I'm here in 2012 living in a town near Bartlett trying to experience geographic triggers.  I figure if I'm in the area, I’ll get an inkling of memory from a smell, or the way light comes through the trees at a certain time of the year.  It's difficult because it's been more than sixty years since most the incidents happened and the world has just changed SOOOO much since the early 1950s.

Not sure how much geographic triggering I’ll experience while I'm here.

I write about this today just because it says so much about the effect sexual molestation has on a person’s life from the time it happens as a child to the time they're in their sixties like me today, trying to piece my life together.  That sad dejection of the girl thrown out of the Brownie meeting is still in my eyes to this day.

And God knows what kind of a person I could have become without the molestation in there affecting my behavior.

And yes, this is me continuing the exploration I started in July of 2008.  It took me this long to make it back to Bartlett.  But I'm here now.
.
Posted by Kay Ebeling at 1:53 PM No comments: Links to this post