This is all still going to happen, Faster Than the Speed of Life, story at CofA 15, and CofA16 for the R-rated parts, but instead of posting half-finished rushed work, I'm writing it over the next three years, to be edited, then finalized, and THEN posted.

The story of what I went through doing City of Angels Blog, all the weirdness, the people I interviewed, the undercover agents fucking with me, the strange strange strange stuff that took place in my personal life once the blog started doing damage to the Church, the way the Chicago Archdiocese screwed around in my case.  All of it will be published here late 2015 early 2016 in a story to then be pitched as a cable series.  Stay tuned.

My goal is to finish in early 2016.  Now and then I might post an excerpt here, but the goal is to publish the whole shebang, all the chapters links and pictures, at one time in two-three years.  Then publicize it and get a deal, a Showtime or HBO series.

I Am Working On It.  It will happen.

I do still need PayPal clicks to keep alive.

Meanwhile I Could Shoot Myself
.
Have to get out the sketch pad as I didn't get the photo right.  Last spring at my perp church,  I tried to get a shot that would match this pic of my perp priest Father Horne from 1953 or so: 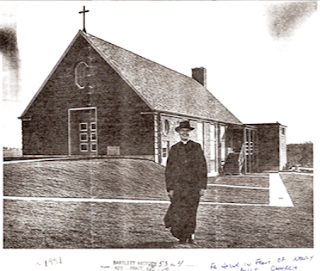 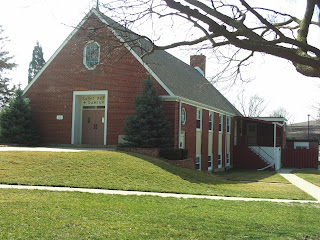 Because I really don't want to go back there just to photograph it again.
-
ke

Posted by Kay Ebeling at 1:47 PM No comments: Links to this post